Photos of the Mesa State Panels in Place 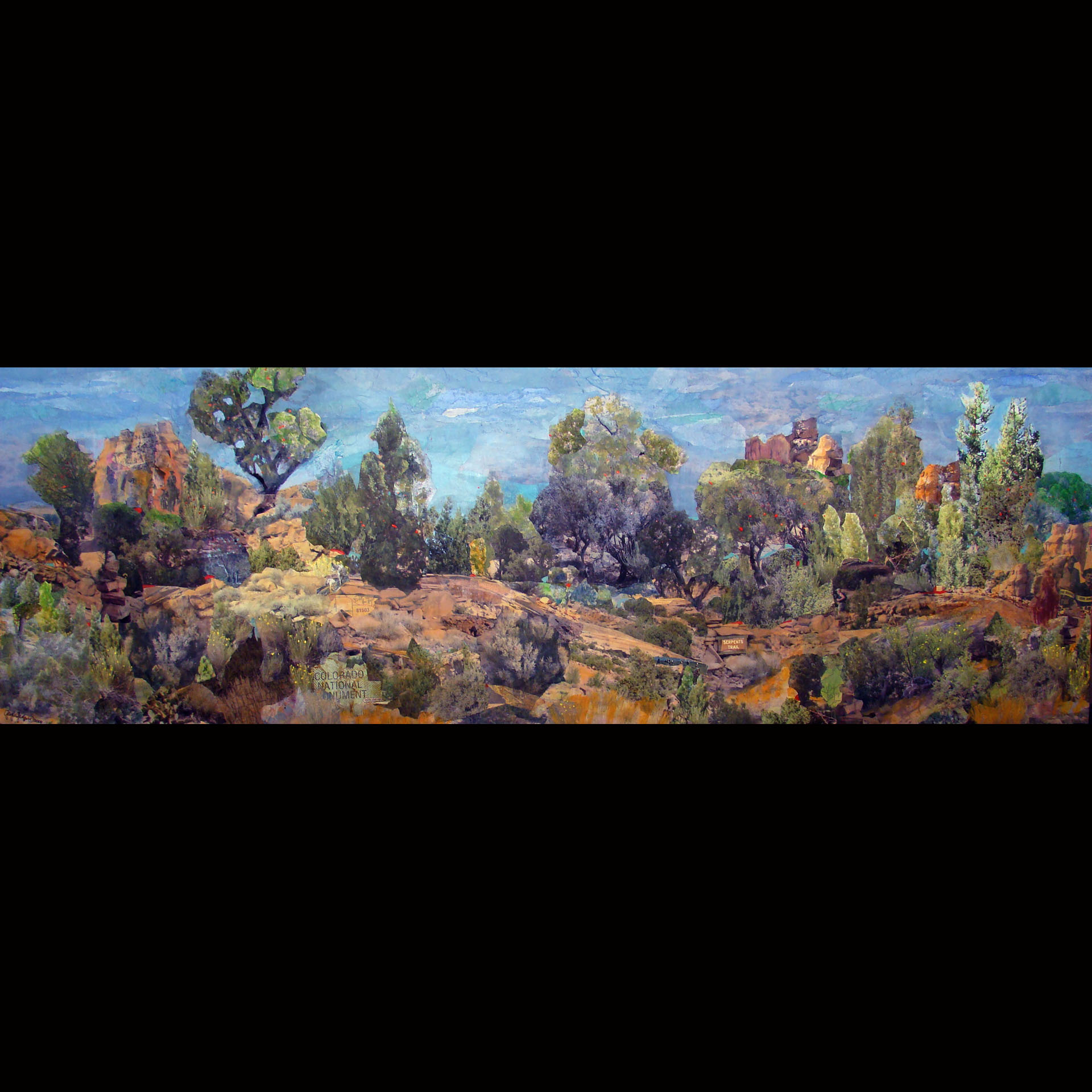 Well, it took most of the summer, but I have completed the four panels that the Colorado Council on the Arts commissioned for the new Mesa State classroom building. Each collage is 6 feet long by 2 feet wide, done on a cradled board. In preparation to do each one, I took photos at four favorite recreation venues around Grand Junction: The Riverfront Trail, Serpent’s Trail on the Monument, Hawthorne Park and Lincoln Park in the city. I used these photos (manipulated via Photoshop in a myriad of ways) as a base collage to which I added paint, tissue paper, images of animals and people from old magazines, and even snake skin in two of the pieces. At first glance, the art looks like a regular landscape, although the medium is difficult to pin down. Upon closer inspection, the viewer realizes that the perspectives are off, the shadows are surreal, things are either bigger or smaller than they should be and the placement of many elements would be unlikely in real life. I have created a fantasy world based on images from the real world. I love this new way of making art and I have plans for other pieces using the same technique. I have included thumbnails of each piece below. 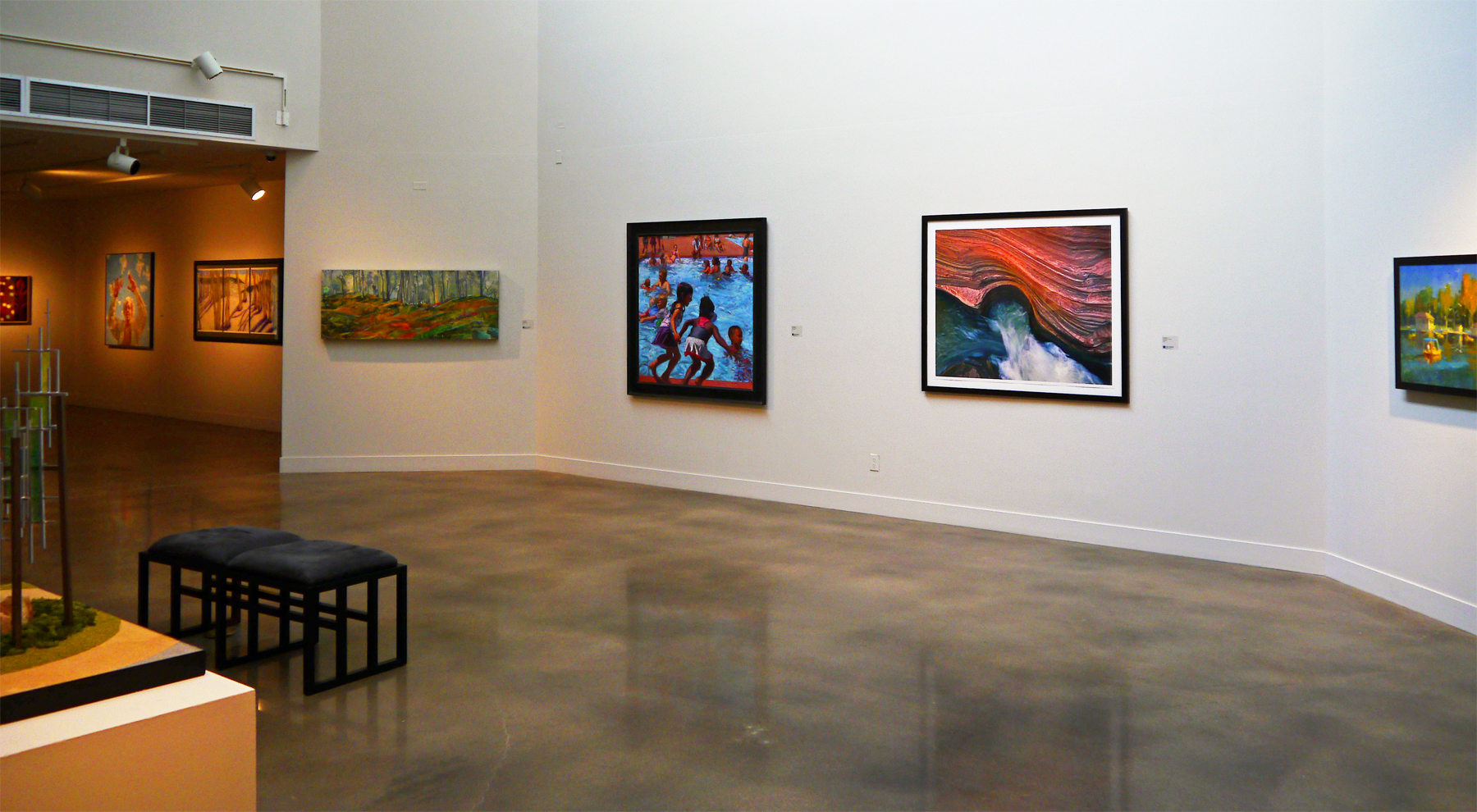 The Best of Mixed Media