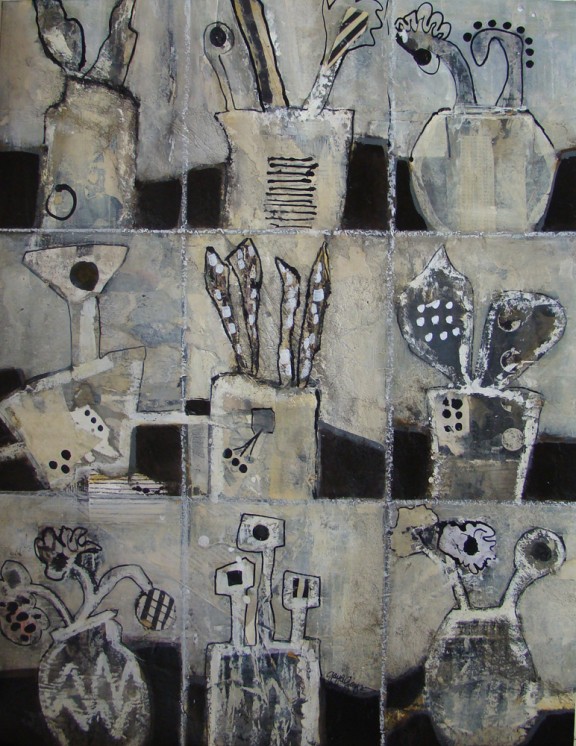 This painting started out as a response to a challenge posed by this year’s program for the Rocky Mountain Collage Society. We were asked to bring a black and white collage to our November meeting. I collaged a random selection of black and white collage pieces onto a piece of yupo. I then began to try to find a good abstract design in the chaos by unifying and blocking out. It just didn’t come together so I decided to do a grid design and depict flower pots which was a challenge in itself because I depend so much on color. Well, I began to like the characters forming in each pot and it ended up as a watermedia-over-collage piece. I call it “Three Martini Lunch” because of the martini glass shape on the left with the black circle that cries out “olive”. I guess I should call it “Nine Martini Lunch”, but I don’t like to promote that much over-imbibing.
In March 2010, it was juried into the Rockies West National Juried Exhibition and won a merchandise award. It was also juried into Colorado Watercolor Society’s New Trends show where it won second place. In January 2011, it is travelling to California where it was juried into the 2nd Annual Signature American Watercolor Exhibition at Fallbrook Art Center.  It is also featured in the publication Incite Dreams Realized: The Best of Mixed Media from NorthLight Books and available on Amazon.
This painting is 26×20 inches, unframed, and is no longer available. 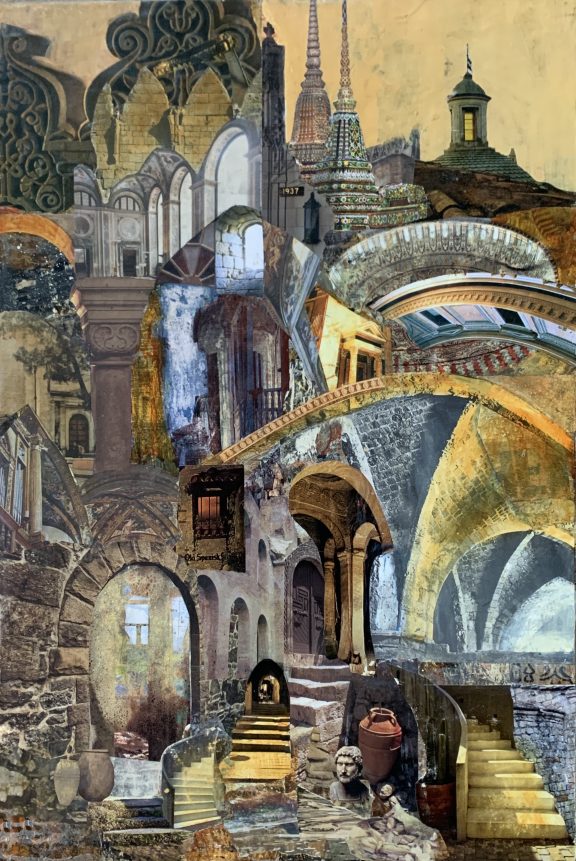 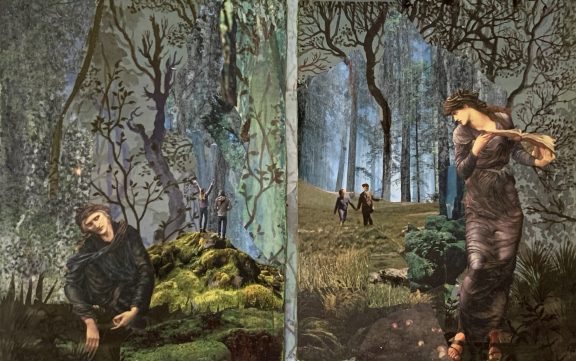 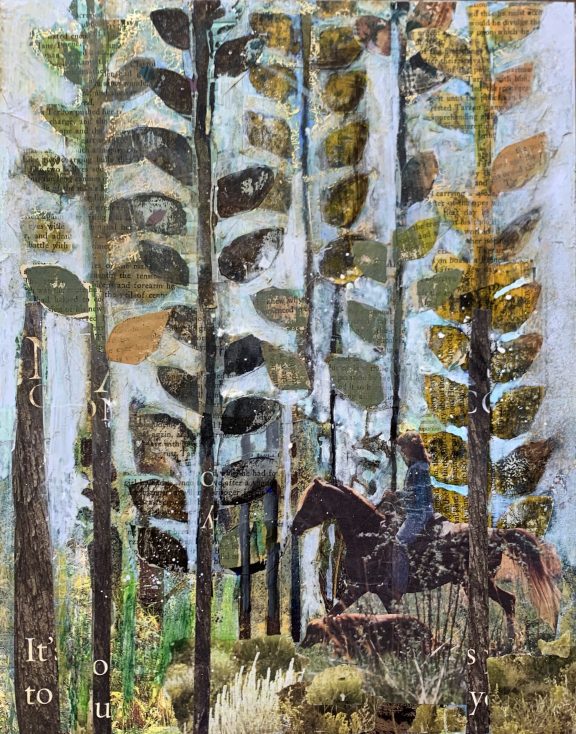 Sometimes We Have the Same Dream